The child of migrants from the North East of Brazil to the commercial hub of São Paulo, Kleber Gomes a.k.a. Criolo was born in the ‘Favela das Imbuias’, one of the many shanty towns that girdle this modern megacity. A mud-floored shack and pulling dirty water from a communal well is the other side of Brazil’s remarkable growth, and one that has given Criolo the power to speak for those fighting for their place in this new economy.

Beginning aged 11, rhyming Rap was his first love but now aged 36,  Criolo’s expression has developed into a mature and nuanced instrument. The hard-hitting MC of the people remains, but added to this is the voice of a poet, singer and composer who reaches out to embrace Afrobeat as much as Samba, Reggae as much as Rap.

His latest release “Nó na Orelha” (‘Knot In The Ear’) is one of the most successful Brazilian albums of 2011. Completely self-penned, its recording was overseen by the experienced Nação Zumbi producer Daniel Ganjaman and aided by Marcelo Cabral. The result is that Criolo has received, among others, both a ‘Best Show Of The Year’ and a ‘Best Newcomer’ award.

With more than fifty-five concerts in Brazil plus one in New York, all in support of this new album, Criolo has worked hard to bring the message of his music to the people. Now, in 2012, it is the turn of Europe to welcome this most compelling and unique performer: the true voice of a new Brazil. 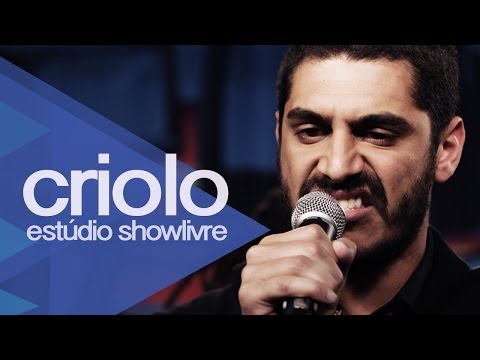