Nathan Jake Merli (Guitar and Vocals), Chris Cool (Bass, and yes, that’s his real name) and Tanner “Taco” Cooper first plugged-in in their parents garage five years ago and were soon touring across the United States in their shitty van. They are now gearing up for the release of their debut album “Teenage Movie Soundtrack” through Vital Music Group and a return across the pond for a summer of touring the UK and Europe.

Their first UK tour brought their explosive live show to a rabid audience, including a sold-out headline show in front of 1400 people for Club NME @ KOKO and their Soundcloud has had over 250k plays in the last 6 months, proving that their brand of 90’s-inspired ‘disney-grunge’ is connecting with a whole new generation of fans.

“New single ‘Virgin’ is set in high school, with its corrosive mixture of The Cure and Mudhoney conjuring up all manner of adolescent fury.” CLASH

“Cue the light wash denim jeans and tattoo chokers because Heyrocco’s new single launches us right into 90’s teenage movie nostalgia. Like these Southern sweethearts, we admittedly might not have been the coolest kids in high school—but at least we can pretend like we were while listening to some 90’s inspired rock and roll.” NYLON 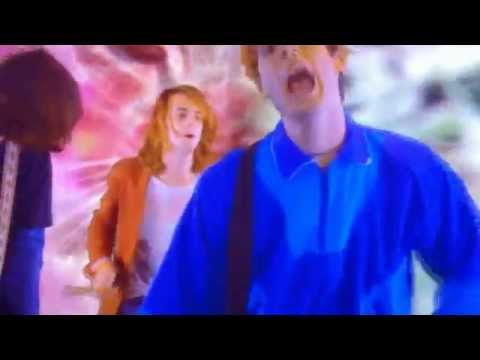