Written largely during a spell living in Bristol and recorded in the serene coastal environs of Normandy in North-West France, “Humbling Tides”, Stranded Horse’s new album, continues along the path embarked upon with “Churning Strides” (released as Thee, Stranded Horse in 2006), effecting subtle but significant changes to a musical formula that finds Tambour melting disparate musical modes and cultures – shades of the mandinka tradition of West Africa, medieval folksong, Fahey-esque fingerpicking, French chanson and more can be discerned – into one bold, fluid and graceful new form.

This album witnesses the recorded debut of two self-built “travel” koras but it’s not just the fabric of the instruments that bears Tambour’s distinctive personality: his playing and compositional style on what is a daunting musical tool to master for a western musician is now entirely his own, a development Yann himself attributes in no small part to his ongoing work with one of the modern greats of the kora, Mali’s Ballaké Sissoko (best known to UK ears for “New Ancient Strings” the seminal duo album with Toumani Diabaté), whose playing adorns the majestic finale of “Shields”, the album’s most immediate track. 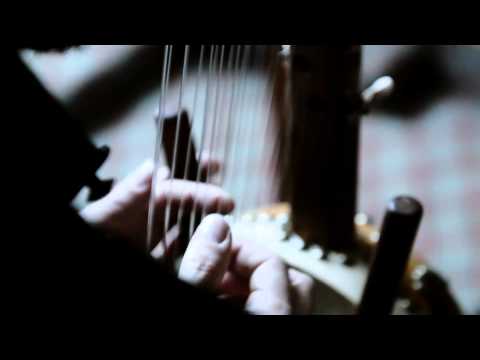